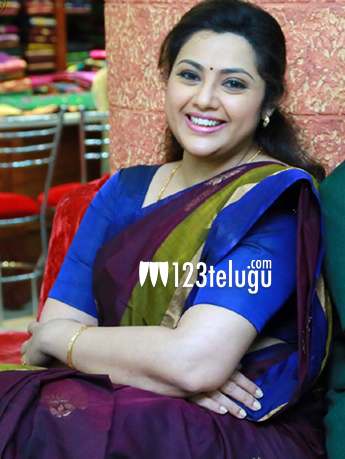 After spending years away from the film industry, Meena is back in the limelight. She has played the lead role in Drishyam with Venkatesh and movie goers are loving her performance in the movie. This is Meena’s new innings as a senior actress now.

Meena recently interacted with media people and one of them asked her if she had any regrets about her career. Meena stated that the only regret she had was losing out on Rajinikanth’s ‘Narasimha’. The role went to Ramya Krishna and she excelled in it.

Meena was originally chosen for that role but she could not do it due to dates issues etc. Meena says that she still feels bad for losing that role. That really is one golden chance missed, what say people?