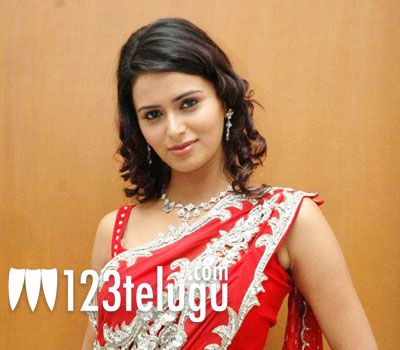 Meenakshi Dixit, the hottie who sizzled in Dookudu’s title song opposite Mahesh Babu, has been roped in for yet another item number. Meenakshi had made her debut in a Telugu film titled Lifestyle; however that film hardly ran at box-office. Her brief appearance opposite Mahesh Babu seems to have brought her more luck than she could ever imagine. After Mahesh Babu, she’s going to dance for a peppy song in Tamil star Ajith’s upcoming film Billa-2. Chakri Tholeti, of Eenadu fame, is directing the film. Most part of this film is being shot in Chennai, Hyderabad and Goa. Since the first part of Billa series was a huge hit, there’s a lot of buzz about this film as well and all eyes will be on Meenakshi Dixit as she scorches the screen in mid-2012. She’s currently acting in a Telugu film titled Devaraya opposite Srikanth.