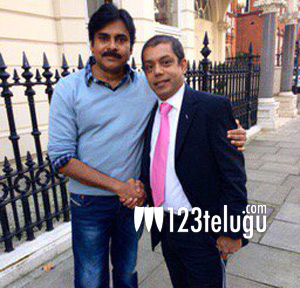 This evening, Power Star Pawan Kalyan pleasantly surprised everyone by tweeting a picture from his London tour. The photograph shows Pawan posing with a person named Hakim, a Bangladeshi chauffeur who lives in London and drives Pawan around whenever the latter visits the city.

Describing Hakim as his ‘Everyday hero’s, Pawan, in a couple of tweets, revealed that Hakim had told him to ensure women’s safety, control domestic violence and also take care of senior citizens through his Janasena party. Pawan went on to explain that an everyday hero is a person of integrity with a will of compassion to serve others.