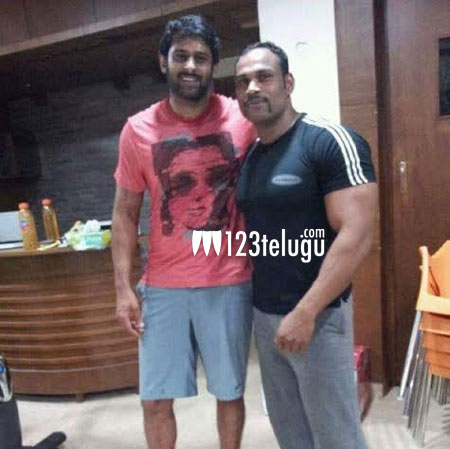 Rebel star Prabhas, looked in top form throughout Baahubali. Prabhas’s muscular and six pack look won superb appreciation from all quarters. Now, things will become even more deadly with the conclusion of Baahubali gearing up for release soon.

The rebel star will look even more chiseled in the sequel and the man behind this look is none other than Lakshman Reddy. The former Mr. World 2010 has worked with Prabhas for a long time and has trained him to get the lethal look.

Lakshman Reddy prepared a special diet for Prabhas which included different meals for both his looks in the film. Prabhas plays the mighty king and also Shivudu in Bahubali and needed a massive body transaction.

In one of this interviews, Lakshman says that Prabhas survived on egg whites, chicken, nuts, almonds, fish and boiled vegetables most of the time. Well, with Prabhas looking stunning in the trailer, most of the credit should definitely go this man who himself is a champion bodybuilder.