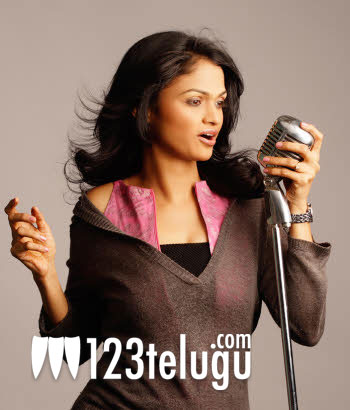 It is hard to believe, but Suchitra the girl who sang the hit number “Saarosthara Rotthara” in Businessman is not even a trained singer. She is an IT-professional, turned Radio Jockey turned singer; who without many noticing has notched an impressive list of Kollywood and Tollywood hit songs. Her resume has “Ippatikinka Naa Vayasu ninda Padaharae”, “Pilla Naa Valla Kaadhu”, and “Excuse me Mr Mallanna”. Her uniqueness she says is her “god-gifted” voice. This Chennai girl was born in Hyderabad and studied in St Ann’s school. But then she moved on and settled down in Chennai. She attributes most of her success to the encouragement given by family, and colleagues. Of the latter she has very high regards for musician Devi Sri Prasad. She says she cannot speak fluent Telugu, but can recognize the inherent lyrical flavour in the script. Singing she says is her ultimate stress buster. Suchitra revealed that she is now penning a script too. Way to go!