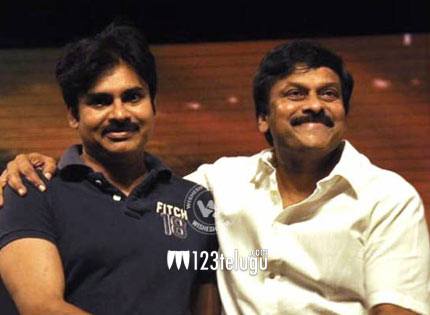 Looks like good times are coming ahead for mega fans. After the recent disturbances in the family due to many political reasons, the family seems to be going for a reunion of sorts now. According to the latest info being heard, Pawan Kalyan and Chiranjeevi are getting ready to bury their differences.

Pawan’s campaign became a big super hit for TDP and Chiranjeevi could not help the Congress. Apparently, the brothers are in a mood to put everything behind them and this is a really good sign. Now that Congress has no future in the state, Chiranjeevi can publicly come out in support of his brother and become an active member in film industry again.

This news is just circulating among fans for now and official statements might come later, once the family gets back together.