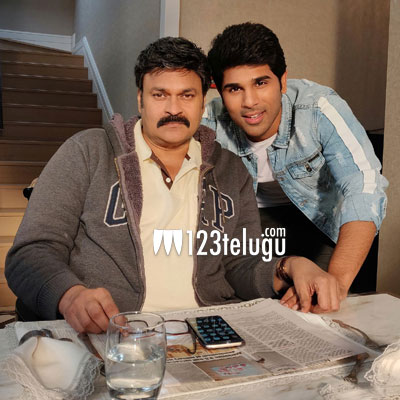 It is a known fact that Allu Sirish is doing a film called ABCD which is a youthful entertainer. The latest we hear is that Sirish’s real-life uncle, Nagababu is doing the role of his father in the film.

Nagababu has already started his shoot and Sirish himself posted a snap from the sets of the film. From the past few days, Nagababu is in much news regarding his comments on Balakrishna.

ABCD is the remake of a Malayalam hit with the same name. Watch out this space for more updates on this project.