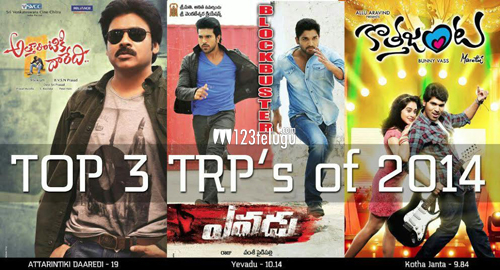 Mega family heroes have been giving hits one after the other. All the three recently released films in Attarintiki Daredhi, Yevadu and Kotta Janta became huge hits at the box office, and when aired on TV also garnered huge TRP’s.