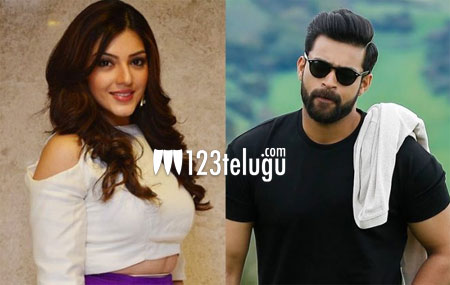 123telugu had already reported that Varun Tej has been roped in to play the second hero’s role in director Anil Ravipudi’s new film F2 along with Venkatesh.

The latest we hear is that Mehreen is in talks to play the female lead opposite Varun Tej. If this happens, this will be the first time that Mehreen, who is in top form will romance Varun Tej.

The pre-production of the film is currently on in full swing and the heroine who will star opposite Venkatesh is yet unknown.