SS Rajamouli’s magnum opus Baahubali 2 is receiving great accolades from all quarters. While several people have already called it a game changer for Indian cinema, others have compared it to Star Wars. Now, Megastar Chiranjeevi has come onboard this bandwagon and congratulated the whole team for creating an epic.

“Baahubali : The Conclusion is an outstanding film. Rajamouli deserves all the accolades for creating a wonder like Baahubali. Hatsoff to the creator for letting Telugu cinema grow by leaps and bounds,” Chiranjeevi said.

He also appreciated the whole cast and crew of the film. Meanwhile, the film is creating a havoc at the box-office and re-writing several box-office records. 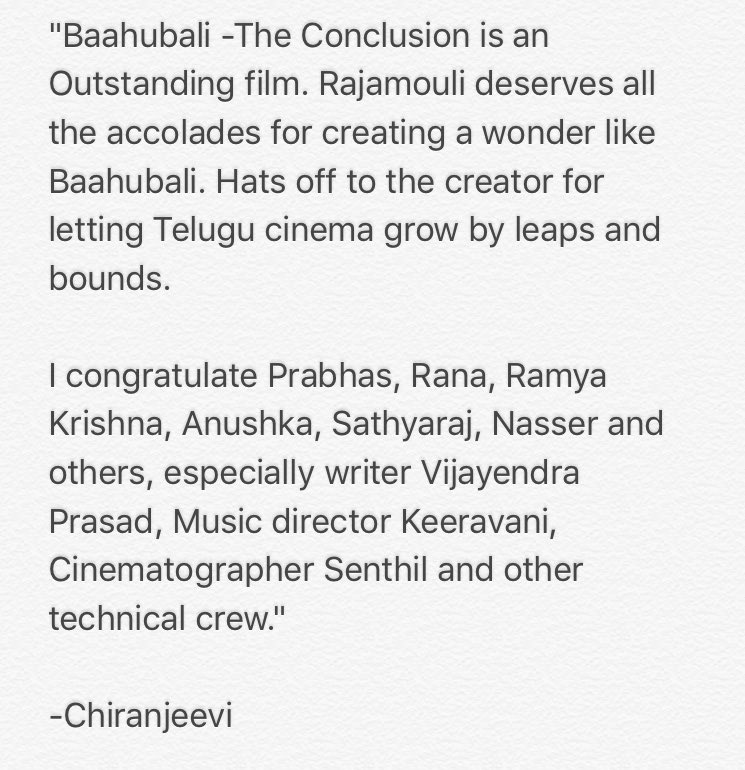