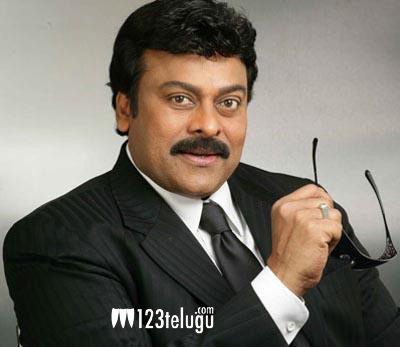 Megastar Chiranjeevi has taken a break from acting and fans are eagerly waiting for his 150th film. Well,we won’t get to see him on the big screen this year but we will get to hear his voice.

Chiranjeevi has lent his voice for the upcoming devotional film ‘Adi Sankaracharya’. The movie also has ‘King’ Akkineni Nagarjuna and Collection King Dr Mohan Babu in guest roles. The movie is being made on Global Cine Creations banner and Kaushik is portraying the lead role.

Noted script writer J.K.Bharavi is the director of this movie and Nag Srivathsa is scoring the music. The movie has 9 songs in all and Amma Rajasekhar is the choreographer. Jayaprada, Prakash Raj, Jayaprakash Reddy, Naga Babu,Srihari and a few other artistes are portraying key roles in this film.