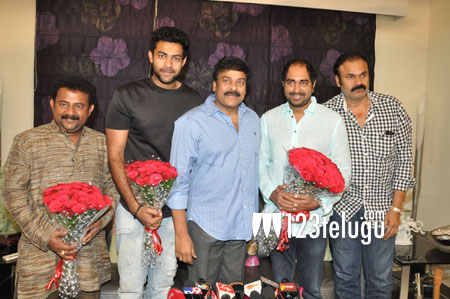 Megastar Chiranjeevi, who recently watched the newly released Kanche is apparently very impressed with his brother Nagababu’s son Varun Tej. According to the reports, Chiranjeevi has called up the team and congratulated them on the success. The team of Kanche including director Krish and Varun Tej will be meeting Chiru at his home. Megastar Chiranjeevi would be sharing his opinion about the movie to the media.

Chiranjeevi, who recently created waves with his special cameo in Bruce Lee is yet to update on the process of his 150th film, which is the next most awaited release to come.