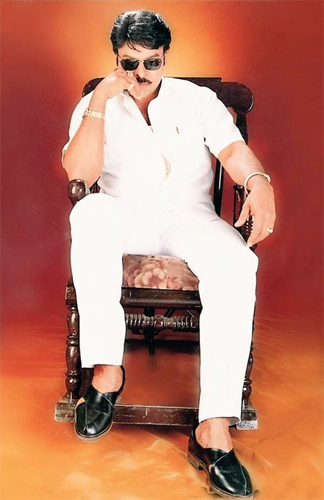 It’s been two decades since Megastar Chiranjeevi’s Indra was released. Fans and the common audience witnessed the mass hysteria of Megastar during the film’s release. The movie erased all the existing records till then and became a new industry hit in Telugu.

This is the first movie for Chiranjeevi in the faction genre and he absolutely nailed it with his terrific performance. His dialogue delivery, ultimate screen presence, comedy timing, and dance movies are spell-binding. Especially, the signature veena step created havoc and the audience was in the mania of megastar.

The movie’s songs went on to become a huge hit, thanks to the sensational album from Mani Sharma. The background score was a much-talked-about point at that time which played a crucial role in the film’s success.

Sensational director B. Gopal directed this mass action film that is produced by Ashwini Dutt under the prestigious Vyjayanthi Movies banner. Sonali Bendre and Aarthi Agarwal played the female leads.

It’s a complete entertainment package from Chiranjeevi. He received the Filmfare and Nandi best actor awards for his performance in the film.

The film collected more than 30 crores share at the ticket windows and completed 100 days in 126 centers. The film is also famous among the Hindi audience as Indra: The Tiger. All in all, Indra is a truly remarkable film in Chiranjeevi’s career and a very special one for mega fans always. 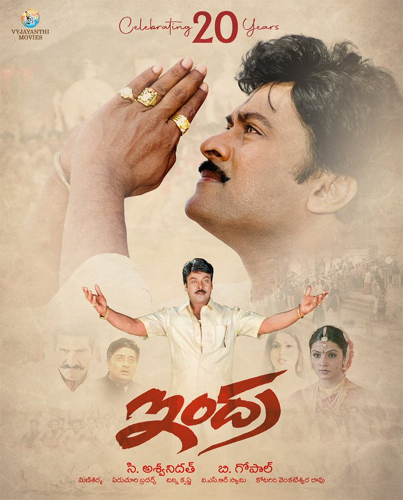