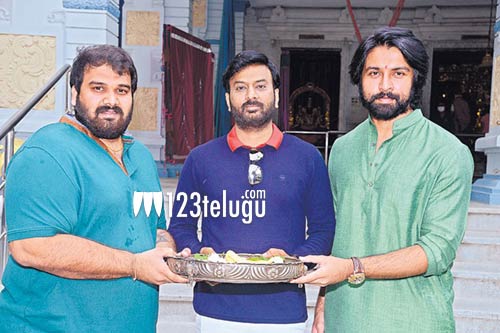 Even before his second film, Super Machi, got a release, young hero and Megastar Chiranjeevi’s son-in-law Kalyaan Dhev has signed his third project. This as-yet-untitled film was launched yesterday and the film’s title will be announced tomorrow at 10 am on the occasion of Diwali.

Kalyaan Dhev’s third film will be directed by Ramana Teja, who made his directorial debut with Naga Shaurya’s Ashwathama earlier this year. The film will be jointly bankrolled by Rajini Talluri and Ravi Chinthala. The regular shoot will kick-start soon. More details about the film’s cast and crew will be out soon.