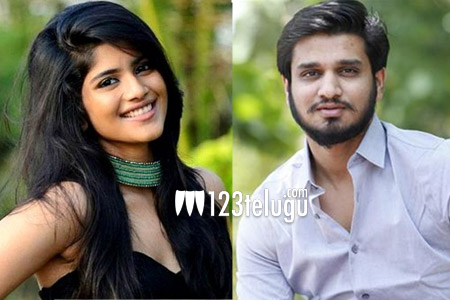 Megha Akash is said to be the frontrunner to play the lead role in Nikhil’s upcoming film, if the latest buzz is anything to go by. Apparently, the actress is being considered to romance the actor in the Telugu remake of Kanithan.

Incidentally, Catherine Tresa had played this role in the Tamil version, and for a brief period, there were rumours that she might play the role in Telugu version too; however, when she revealed that she wasn’t approached for the remake, it became clear that the team is keen on roping in someone else.

Directed by Santosh, who also directed the original version, the film is expected to go on floors soon. More details are awaited. In the meantime, Megha will soon be seen in Chal Mohan Ranga in which she’s paired with Nithiin.