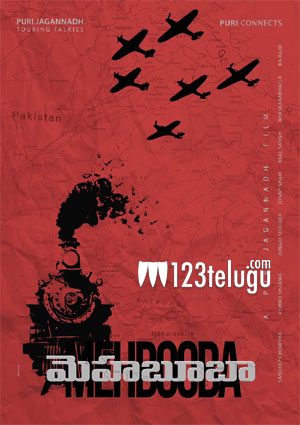 The unit of Puri Jagannadh’s ongoing film, Mehbooba, has wrapped up the month-long schedule in several scenic locales in North India like Himachal Pradesh, Haryana and Punjab. The unit is now on its way to Hyderabad.

Mehbooba is an intense romantic drama set against the backdrop of the 1971 Indo-Pak war. The film stars Puri’s son Akash Puri and Kannada starlet Neha Shetty as the main leads. This is Puri Jagannadh’s 33rd project.

Sandeep Chowta is the film’s music composer. Puri himself is producing the movie under Puri Jagannadh Touring Talkies banner.