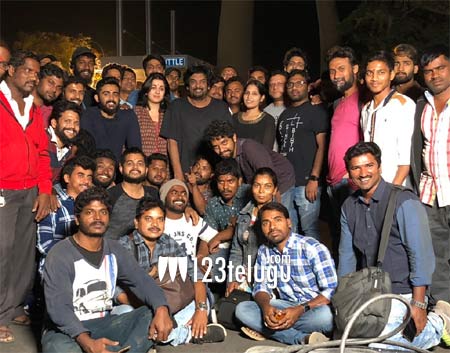 Mehbooba’s post-production work commenced a week ago. The film is a cross border love story, where Akash plays an Indian boy who’s in love with a Pakistani girl, played by Neha Shetty. The film’s impressive teaser raised expectations among movie lovers.

Sandeep Chowta is composing the music for Mehbooba. The movie is being produced under Puri Jagannadh Touring Talkies banner. Mehbooba will hit the screens in summer.