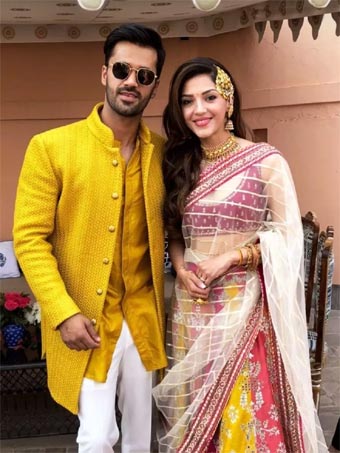 Relationships are trembling in the film business. If the shock that Aamir Khan gave this morning by announcing his divorce was not enough, now, star heroine, Mehreen has now revealed that she has broken her engagement.

A few months back, Mehreen got engaged to Bhavya Bishnoi who is the son of a noted political leader in UP. The engagement was done in a grand manner amidst the lockdown time and Mehreen was supposed to stop acting in films.

But now, things have changed as Mehreen has posted that she has broken up her engagement and has no connection with Bhavya or his family.

As of now, Mehreen is busy with the shoot of her latest film F3 in Hyderabad. Let’s see how she handles her career from now on.