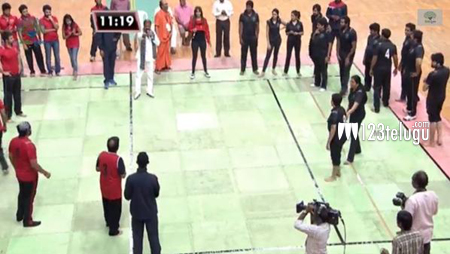 Latest highlight of the show is the Kabaddi match which is being played right now in Kotla Vijay Bhaskar Redyy stadium in Hyderabad. This match played between the teams of Manchu Vishnu and Manoj is providing superb entertainment to the audience. Major hightlight of the match is Brahmanandam who is creating quite an chaos with his comedy.

A star studded cricket match will be conducted after this Kabaddi event where all the star heroines are set to take part. The entire Tollywood fraternity along with the stars from Tamil and Hindi industries are set to grace this event today.