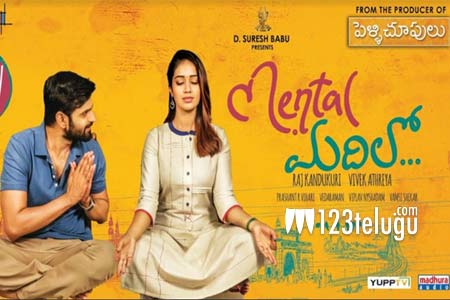 Sree Vishnu’s Mental Madhilo is one film which has been created a good pre-release buzz off late. The latest we hear is that the film has wrapped up its censor formalities with a U/A and is ready for a release this Friday.

The makers of the film are so confident that they have been screening the film to all the media and selected few over the last few days. The response has been amazing and we need to what kind of reaction that the film gets from the audience when it releases.

Raj Kandakuri produces this film which has Nivetha Pethuraj as the female lead.