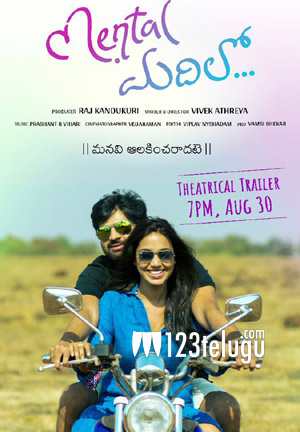 The upcoming romantic comedy, Mental Madhilo, created a good buzz thanks to some innovative promotions and the cute teaser which released a couple of months ago. The film stars Appatlo Okadundevadu hero Sree Vishnu and Tamil heroine Nivetha Pethuraj as the main leads.

As per the latest reports, the theatrical trailer of Mental Madhilo will be unveiled on August 30th at 7pm. Senior producer D Suresh Babu will release the trailer.

Debutant Vivek Athreya is the director of this film, which is being bankrolled by Pelli Choopulu producer Raj Kandukuri under Dharmapatha Creations banner.