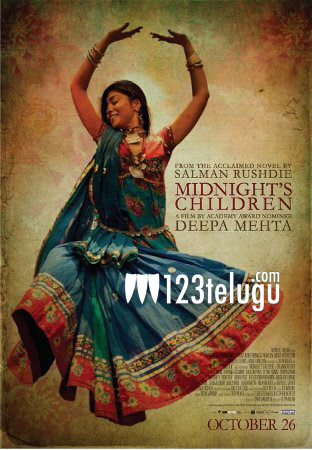 Shriya Saran, is one name which is synonymous with Telugu, Tamil and Hindi films. She has done a wide variety of films and has also shared screen space opposite all the leading stars in the country. But this time around, Shriya has gone one step ahead and landed a huge international project in Midnight’s Children.

Speaking about her big break, Shriya said “I am so honored to work in a project like this. It’s a dream come true to work with Deepa and my role has come out extremely well. I am very confident that Midnight’s Children will be a game changer for me” The film which has already been showcased in film festivals, has been getting huge response from the critics. Also starring Tollywood’s young hero Siddharth, Midnight’s Children is set to release in India on the 1st of February.