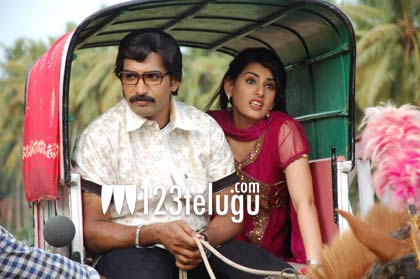 Tarakaratna, Archana and Tashu Kaushik starrer Mike Testing 143 is nearing completion. Except for three songs and climax portion, the rest of the film has been completed. Veeru K is directing the film and Raja K is producing it on Sri Chitra banner. The film’s climax is going to be shot in Hyderabad in the last schedule which will begin from July 25 onwards. After this, a song will be canned on Tarakaratna and Tashu Kaushik in Kodaikanal and two more songs will be shot in Bangkok. Tarakaratna is playing the role of a stage artist in the film and it’s being touted as a good family entertainer. Director Veeru K is also composing the music of the film.