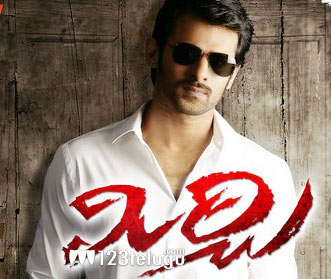 Prabhas’ Mirchi audio launch that is apparently slated for December 23rd 2012 will be a grand affair. The film itself might be released early next year. In this Koratala Siva directorial, Anushka and Richa Gangopadhyay will be seen romancing the Young Rebel Star. Devi Sri Prasad has scored the music for Mirchi and the producers Vamsi Krishna Reddy and Pramod Uppalapati are quite confident of the audio’s success.
Film’s shooting is almost complete and post production is being done simultaneously. Mirchi is going to be a romantic family entertainer and the first look of the film has already got tremendous response. Prabhas looks uber cool in the trailer and has upped the expectations of his fans considerably.