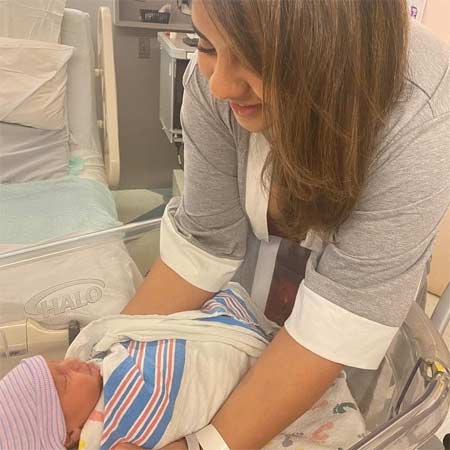 Indian-American actress Richa Gangopadhyay made her Tollywood debut with Sekhar Kammula and Rana’s Leader. She later acted in movies like Mirapakai, Mirchi and Dhanush’s Mayakkam Enna. But surprisingly, Richa quit acting and moved back to the US to pursue a business management program. She tied the knot with her classmate Joe Langella in 2019.

This morning, Richa took to Instagram and shared a happy news. She announced that she and her husband have been blessed with a baby boy on May 27th. Richa also posted a few pictures of their little bundle of joy, Luca Shaan Langella. Richa also thanked her doctors and nursing staff, husband and mother for taking care of her during and after delivery. “Can’t wait for the rest of the family and friends to meet the little man,” said Richa.