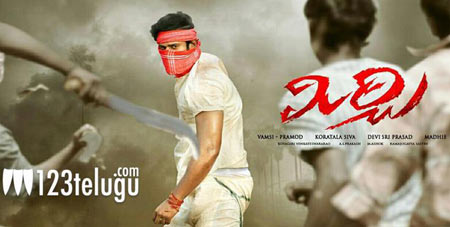 Young Rebel Star Prabhas’s ‘Mirchi’ has set a superb 11 day figure for the Nizam area. The movie pulled in a share of about Rs. 11.10 Crores as of last night and it is holding steady on weekdays as well. Trade analysts say that the film may collect a share of about 15 – 16 Crores in its long run in Nizam.

Prabhas is seen with Richa Gangopadhyay and Anushka in this movie and Devi Sri Prasad has composed the music. The film has a Palnadu backdrop to it and Koratala Siva has directed the movie.