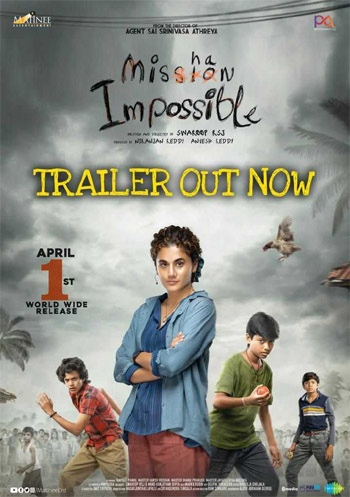 Taapsee is doing some very interesting films in her career and one among those is Mishan Impossible. The film is directed by Swaroop RSJ and the trailer was launched by Mahesh Babu today

The film has an interesting premise and showcases the lives of three young kids who start their journey of nabbing Dawood Ibrahim, the notorious criminal.

Taapsee is also seen as the one who is involved in the case. Even though the situations are intense, the fun generated looks quite good in the trailer.

By the looks of it, the film is going to have a lot of twists and turns narrated in a fun manner. Produced by Matinee Entertainment, the movie has Harsh Roshan, Bhanu Prakshan, and Jayateertha Molugu in lead roles. The movie will hit screens on April 1, 2022.