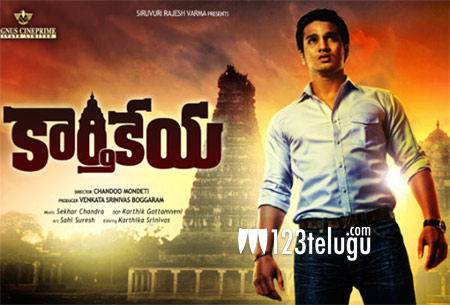 We were the first ones who reported that Nikhil and Co are busy shooting for their new film Karthikeya 2 in Gujarat. The shoot has been going on in full swing for the past few days.

Today, a small accident happened on the sets as hero Nikhil hurt his leg while performing a risky stunt. The shoot was stalled and medical care was given to him.

Nikhil is doing fine and has taken two days off from the shoot. Karthikeya 2 is being directed by Chandoo Mondeti and is the sequel of Nikhil’s hit film Karthikeya. Bhoomika also plays a key role.