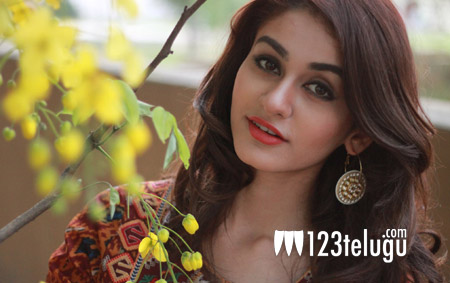 It is well known that Miss India World 2015 Aditi Arya will be making her Tollywood debut with the Puri Jagannadh-Kalyanram project. In her latest interview to a popular national news daily, Aditi said that she is quite excited about her debut film and expressed content about being introduced by Puri Jagannadh, who had launched several established actresses in the past.

Aditi said that she has already been preparing for her role and that she is taking Telugu classes to improve her diction and dialogue delivery. The starlet also said that she wants to be remembered as an expressive actor rather than just a pretty face. Aditi also revealed that Mahesh Babu is her favorite actor in Telugu film industry.