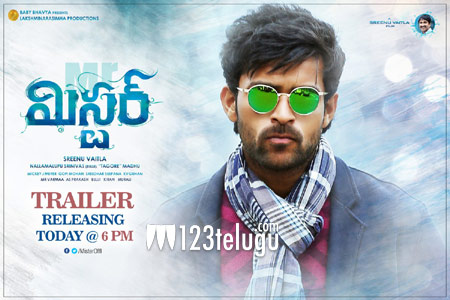 The much-awaited theatrical trailer of young Mega hero Varun Tej’s forthcoming romantic entertainer, Mister, will be unveiled at 6 pm this evening. The film is Varun Tej’s first attempt at out and out romantic drama.

The film’s recently released first single has been received well by fans and expectations around this Sreenu Vaitla movie are quite high. Mister features Lavanya Tripathi and Hebah Patel as its female leads.

Nallamalupu Srinivas and Tagore Madhu are jointly producing this movie, while Mickey J Meyer has scored the film’s soundtrack.