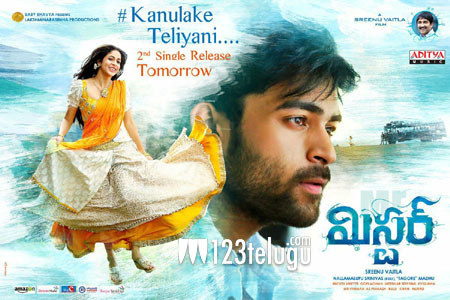 Now that the trailer of Mister has earned a decent response, the team of Sreenu Vaitla will now release the second single of the film. Titled Kanulake Teliyani, this romantic number will be out tomorrow evening.

Touted to be a triangular love story, this film has Lavanya Tripathi and Hebah Patel as the female leads. Sreenu Vaitla needs a desperate hit to stay back in the game and has pinned a lot of hopes on the project.

Micky J Meyer’s music is slowly picking well as the makers are promoting the album in an interesting way. Mister is set for a release on the 17th of April.