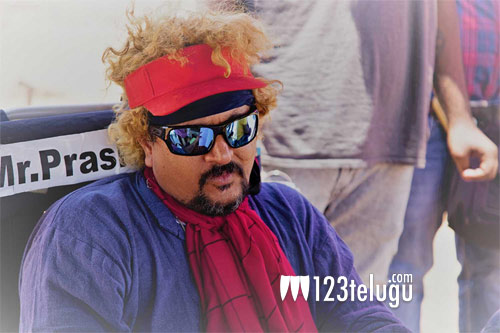 Successes and failures come every Friday for people in the film world. But it’s not often that people agree to their failures.

That’s exactly what happened when actor Rahul Ramakrishna apologised for the failure of the film. And as a follow up to that, the film’s director Prashant Kumar has released a public statement about the same.

“Okays the verdict is out and My film has tanked, all the stakeholders have lost money. I raise my hand and take responsibility for the failure, somewhere audience failed to connect with the film. Solely my responsibility no one’s else’s. But at the same time I am proud of Mithai, even when I would have given few hits down the line, when I get old as well I will be proud of Mithai,” read his statement.

However he did indirectly criticise Rahul for washing his hands off and said, “From the beginning I used to tell to my crew if its hit we will have success party if it bombs we will have failure party. The cast has slowly started to dissociate themselves, which is pretty much understandable if a film is a hit 100 people come to take credit. If it bombs director is the lonely man standing i am not lonely my cameraman Ravivarman Neelamegam, my sound designer Sachin Sudhakaranand my music director Vivek Sagarand the direction department are standing with me. So I am not standing alone.”

He promised to hit back with a success as well. He stated, “It’s topic for another day why it tanked and other things…I will be back very very soon , I am down but not out. I still stand by my open letter which I wrote when I started the film. If you care to read you can over here.”