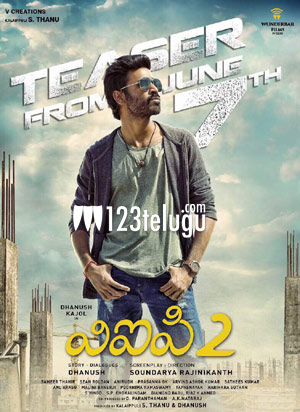 After a lot of hype and hysteria, the teaser of Dhanush’s VIP2 was out finally today. The teaser showcases Dhanush in a mass avatar but the glimpse of Kajol who is playing the negative role in the film was completely missing which left many disappointed.

The teaser had nothing much special to showcase other than Dhanush’s heroism which was quite similar to part one. Apart from this, there was also a huge talk on the social media that the class of music director Anirudh Ravichandar was completely missing through the background score this time around.

The film has huge expectations and Dhanush himself has written the story and lyrics. Dhanush’s sister in law, Aishwarya Rajinikanth directs this film which will also release in Telugu.