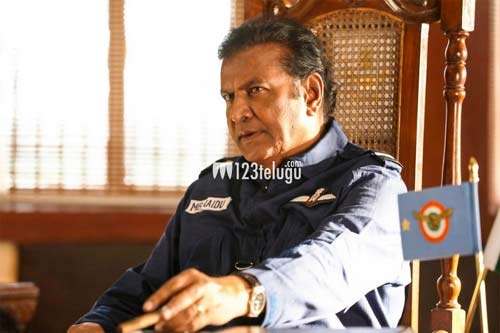 It is a known fact that legendary actor, Mohan Babu is playing a key role in Surya’s new film Aakasame Ne Hadduraa. His first look from the film was out today.

Mohan Babu looks regal in airforce uniform and plays Bhaktavatsalam Naidu which happens to be his original name. He plays Surya’s mentor in the film which is a biopic.

Mohan Babu even dubbed for his role in Telugu and Tamil recently. Sudha Kongara directs this film that will be out very soon on. Watch this space for more updates on this movie.