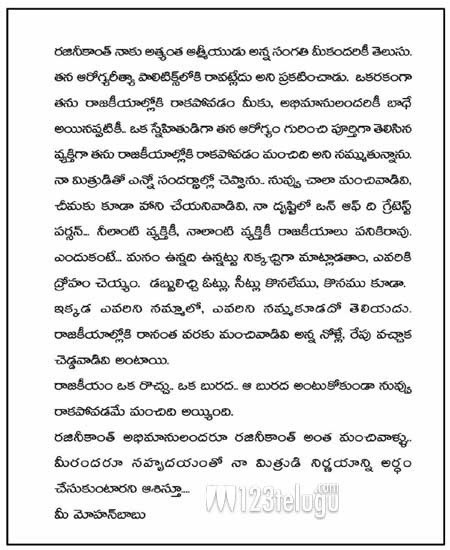 Rajinikanth was supposed to make a solid announcement about his political party today. But all this changed at the last minute as Rajini fell sick. He, in a statement, stated that he is not going to float any political party also.

This has drawn a lot of mixed reactions from the public. While some have not appreciated his stand, there are few who have welcomes his decision and one of them is his close friend Mohan Babu.

The legendary actor in his statement to the press stated that he has told many times Rajini that such straightforward and delicate people are not fit for politics.

This is a bad world and nice people like Rajini cannot play cheap politics and the star has taken a wonderful decision of staying away from it said, Mohan Babu.