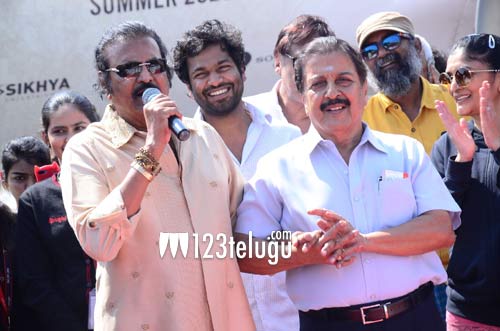 The promotions of Suryiya’s Aakasame Hadduraa are on in full swing and a special song was launched today in mid-air as 100 underprivileged kids were flown in and around Chennai in a special aircraft.

Mohan Babu, who plays a key role also attended the event and spoke highly about the film’s director Sudha Kongara. Mohan Babu said that after a long time he has seen a very disciplined director in the form of Sudha and is in awe of her professionalism.

The film is a real-life story and Syruya plays the central role. The film will be out on the 6th of March in Hindi, Telugu, and Tamil simultaneously.