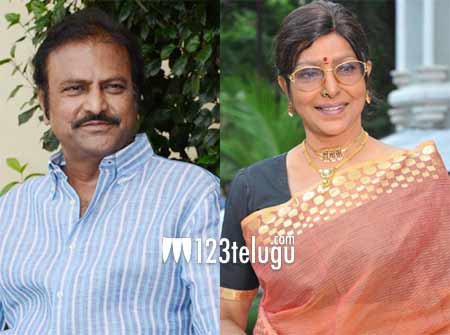 Collection King Dr. Mohan Babu has won numerous awards in his lifetime. He is an actor who has won almost every award given by State Government and private organisations. Now he has won a prestigious award given by the Karnataka Government.

Dr. Mohan Babu was presented with the Sri Krishnadeva Raya Award by the Karnataka Government for his contribution in the field of culture and arts. The award was also given to veteran actress Saradha garu.

Dr. Mohan Babu expressed his delight at being presented with such an award in recognition for his services.