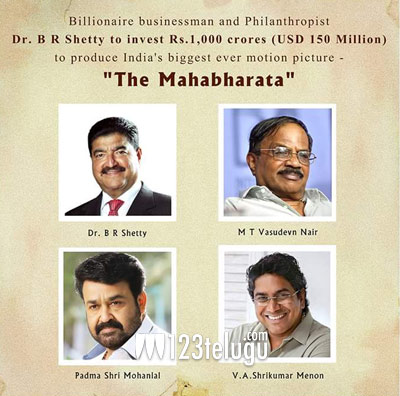 Just as Rajamouli is making plans to make the Mahabharata as film, a billionaire businessman is in news for already deciding to start the film soon. The latest news is that a business by the name Dr. B R Shetty has come forward to make India’s costliest film.

What’s more the film will star Malayalam star Mohan Lal in a key role. This news has spread like wildfire and has become a topic of discussion on the social media.

As of now, Baahubali is the costliest film in India. To beat that, Sundar C is making yet another bigger film in Tamil. But this news has sent shock waves because of its budget.