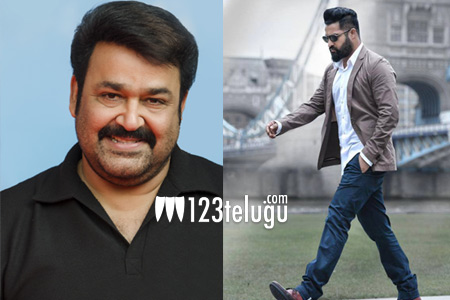 Malayalam actor Mohanlal has become the darling of NTR’s fans. The popular actor is playing a crucial role in NTR’s upcoming ‘Janatha Garage’ and while this combination itself is enough to raise curiosity, Mohanlal is bringing unexpected benefits for the project.

Because of his star identity, the movie will have a big advantage in Malayalam markets like the Middle East and Kerala. This is a big advantage for the film’s revenues. Apart from that, he is also regularly posting photos of himself or selfies with NTR, from the movie’s set.

These actions are bringing him to closer to NTR’s millions of fans and they have all expressed their happiness on Twitter. The movie is currently being shot in Hyderabad and Koratala Shiva is handling the direction. Mythri Movies is the production house behind this movie.