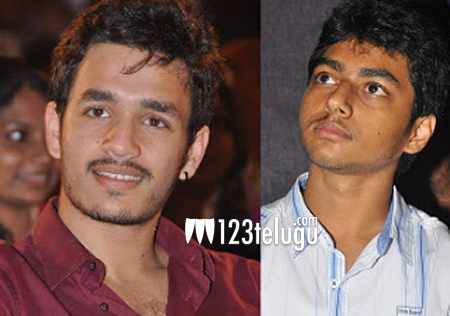 Akhil Akkineni stole the show in Manam with a fine cameo. Though the film has ANR, Nagarjuna and Naga Chaitanya, Akhil overshadowed them all with his cameo.

Now mokshagna is planning to do something similar. Dad Balakrishna is having special plans to introduce Mokshagna in his 100th film with a cameo, according to filmnagar gossip.

Apparently, Balakrishna wants to make his 100th film special with the presence of Mokshagna. Can the Namdamuri scion steal the show like Akhil? Let us wait and see