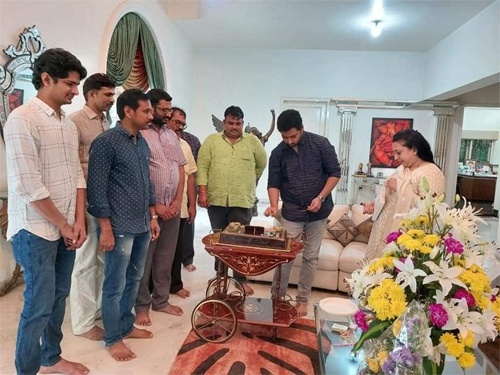 Hero Balakrishna’s son Mokshagna celebrated his birthday yesterday. On this occasion, a few pictures of Mokshu cutting the cake in the presence of his mother Vasundhara and a few Nandamuri fans have been going viral on social media.

And Mokshagna’s latest look has once again led to discussions about his physique and his preparations for his long-awaited acting debut. Balakrishna had already announced that he will introduce Mokshagna as a hero through Aditya 369’s sequel. However, Mokshu is yet to look his fittest best.