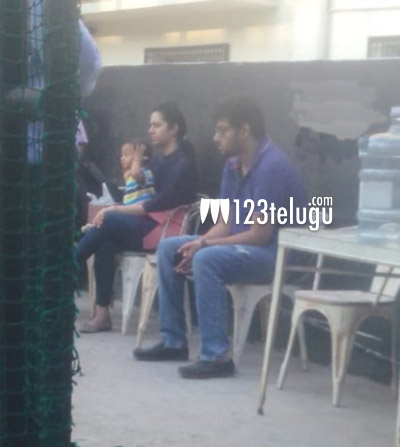 Not much is known about Balakrishna’s youngest son, Nandamuri Mokshagnya. The young guy is hardly seen in social media and is currently going to a film school.

Now, the latest picture of him has gone viral. Seen here in the above picture is Mokshagyna sitting quietly in a restaurant waiting for his turn. Also seen is his elder sister with her son.

So much was said about his film debut but nothing has been confirmed yet.