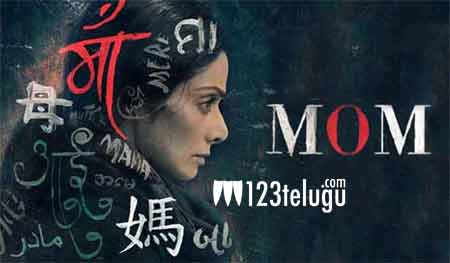 Sridevi’s MOM received a lot of positive reviews but the first day collections were not up to the mark. But as the weekend picked in, the positive word of mouth has surely helped the film.

The film showed some positive signs on Sunday and the trade pundits reveal that the film may collect close to 7 crores all over. MOM was also released in Telugu and Tamil and the collections in these regions are strictly okay.

Sridevi’s performance, in particular, has been appreciated big time. Directed by Ravi Udaywar, MOM is the story of a helpless mother who takes revenge on those who rape her young daughter.