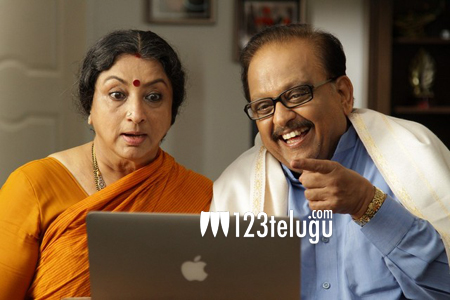 S.P.Charan, son of S.P.Balasubrahmaniam is a noted producer in Kollywood and has already produced 7 films there. He is now foraying into Tollywood as a producer with the bilingual film “Moodu Mukkallo Cheppalante”. The talkie part of the shoot is already completed and only a few songs are left to be shot. The movie is said to have the right proportions of content, entertainment and sentiment. The makers are planning to release the film in the 3rd week of December and audio in the final week of November.

S.P.Balasubrahmaniam and Lakshmi are playing important roles in this movie which has newcomer Mouli, son of writer Vennelakanti and Adhiti playing the lead roles. Other cast includes Brahmanandam, Ali, Tanikella Bharani, Raja Ravindra etc. Madhumitha is the director of this flick and Karthikeya Murthy composes music.