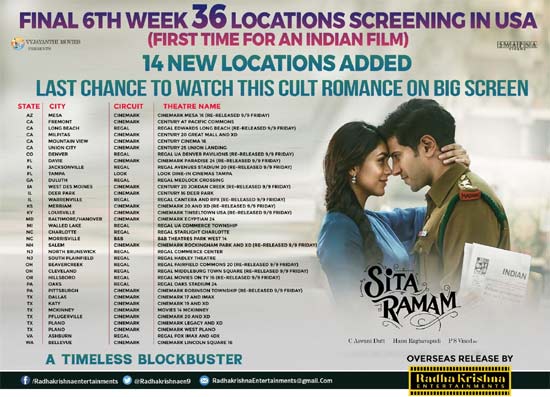 Sita Ramam is a film that has been loved by one and all. The film became a blockbuster and is already out on OTT.

But still, the film is finding takers on the big screens as well. The film has done great business overseas as well.

Now the news is that seeing the demand for the film, the overseas distributors have added more 30 screens in various areas of the US.

This is something rare that a film is still pulling crowds even after its OTT release. Hanu Raghavapudi has directed this film which has Dulquer Salman as the main lead.