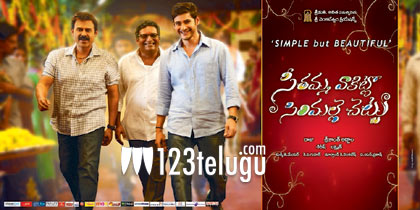 As expected, Seetamma Vaakitlo Sirimalle Chettu is continuing to rule the box office all over. The movie has been going very strong in all centers of AP, and now since the festival season is on every family wants to watch the movie. Keeping his craze in mind, extra screens are being added in every town to accommodate the huge crowds. SVSC has also manged to record massive collections overseas, and has put Telugu cinema on international pedestal. Victory Venkatesh and Superstar Mahesh Babu played major roles in this film, which also had Samanta, Anjali, Prakash Raj and Jayasudha in other lead roles.