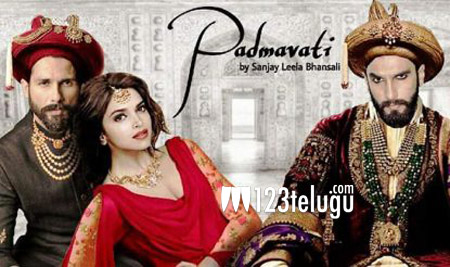 With less than a month to go before Sanjay Leela Bhansali’s magnum opus Padmavati, starring Deepika Padukone, Ranveer Singh, and Shahid Kapoor, hits the screens, it looks like the film will have a lot more hurdles to cross. While few groups in Rajasthan have already issued a statement that they won’t allow the film to release if their history is distorted, now, two more members of BJP, including one from the royal family in Jaipur, have spoken against the family.

In a statement, Former princess and BJP MLA, Diya Kumari said, “The director of the film “Padmavati”, Sanjay Leela Bhansali should not wrongly depict the story of Queen Padmavati of Chittor. He should get the facts in the film verified by a forum of historians and then release the film.”

With so much controversy surrounding the film before its release, news is that distributors aren’t too keen on screening the film in Rajasthan. On the other hand, another BJP member from Hyderabad stated that theatres screening this film will be torched. Now, it remains to be seen what steps the team of Padmavati are going to take to ensure a smooth release of the film.