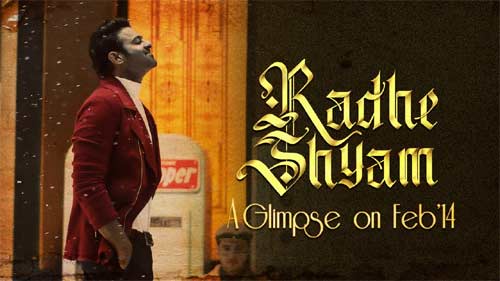 For the last few months, fans of Prabhas and Pooja Hegde have been eagerly waiting for the teaser for their upcoming period romantic drama, Radhe Shyam. We had earlier reported that the teaser will be out on February 14, as a Valentine’s Day treat.

Now, in a pleasant surprise on this Saturday morning, Radhe Shyam’s makers unveiled a pre-teaser and officially announced that the teaser will be out on Valentine’s Day. The pre-teaser features just 4 shots, Prabhas in his ferocious avatar in Baahubali and Saaho and then a couple of beautiful shots from Radhe Shyam wherein the macho hunk walking on the streets of a European city. “You have known the man. It’s time to know his heart,” says the pre-teaser.

Ace lensman Manoj Paramahamsa’s pleasant visuals and Justin Prabhakaran’s soulful soundtrack are expected to be the main highlight of the teaser apart from Prabhas and Pooja Hegde’s chemistry. Directed by Radha Krishna Kumar, this high budget pan-Indian film is being produced under UV Creations and T-Series banners and presented by Rebel Star Krishnam Raju under Gopi Krishna Movies.