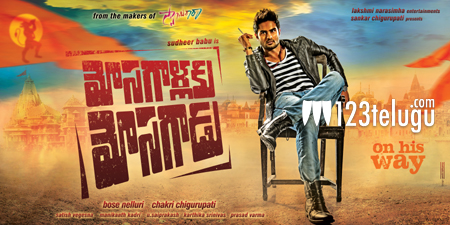 Sudheer Babu’s upcoming crime comedy, ‘Mosagallaku Mosagadu’ is creating a decent buzz off late. The film is a sequel of Nikhil’s super hit ‘Swamy Ra Ra’ and those who have seen the trailers are reminiscing the magic created by ‘Swamy Ra Ra’.

According to the latest update, the makers are planning to release the film on the 21st of this month. Chakri Chigurupati is the film’s producer and AN Bose is the director. Keep watching this space for more updates on this project.