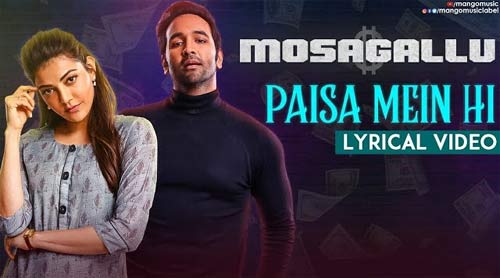 The makers of Vishnu Manchu and Kajal Aggarwal’s upcoming thriller, Mosagallu, have just unveiled the second song from the film’s audio album. Titled Paisa Mein Hi, the song is peppy and it explains the importance of money and being rich.